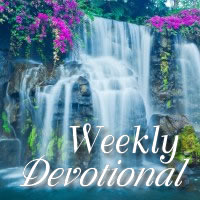 “So Abraham rose early in the morning, and took bread and [f]a skin of water; and putting it on her shoulder, he gave it and the boy to Hagar, and sent her away. Then she departed and wandered in the Wilderness of Beersheba. 15 And the water in the skin was used up, and she placed the boy under one of the shrubs. 16 Then she went and sat down across from him at a distance of about a bowshot; for she said to herself, “Let me not see the death of the boy.” So, she sat opposite him, and lifted her voice and wept. 17 And God heard the voice of the lad. Then the angel of God called to Hagar out of heaven, and said to her, “What ails you, Hagar? Fear not, for God has heard the voice of the lad where he is. 18 Arise, lift up the lad and hold him with your hand, for I will make him a great nation.”19 Then God opened her eyes, and she saw a well of water. And she went and filled the skin with water, and gave the lad a drink. 20 So God was with the lad; and he grew and dwelt in the wilderness, and became an archer.”

God is a God of love and great compassion. He cares for each of us and treats us with compassion.

In these verses of scripture, we read the story of Abraham sending away Hagar and his son Ishmael, based on God’s instruction.  We might wonder why will God do this. God had a definite plan and purpose in doing this. He was going to make a nation, a great nation out of Ishmael (verses 13 and 18).  After Hagar and Ismael were sent away, they wandered in the wilderness and the water which they had taken along finished. They had nothing left to sustain them, causing Hagar to be distressed and to weep. I can only imagine that she must have felt utterly forsaken and rejected. She actually put Ishmael down and moved away from him fearing that he was going to die. Hope was lost for her.

“5 Lot also, who went with Abram, had flocks and herds and tents. 6 Now the land was not able to [a]support them, that they might dwell together, for their possessions were so great that they could not dwell together. 7 And there was strife between the herdsmen of Abram’s livestock and the herdsmen of Lot’s livestock. The Canaanites and the Perizzites then dwelt in the land. 8 So Abram said to Lot, “Please let there be no strife between you and me, and between my herdsmen and your herdsmen; for we are brethren. “

It has been said that strife is always in the air, but we as beautiful daughters of the Most High God, you and I must choose to not to catch it. 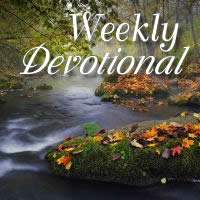 The poor are so special to God, and close to His heart. When we consider them and are kind to them, the Bible declares us blessed.

In this first few verses of Psalm 41 we see promise upon promise of God’s goodness for us. I was blown away as I read these promises. 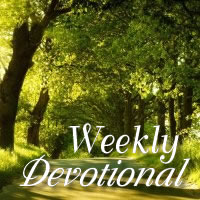 And there is no creature hidden from His sight, but all things are naked and open to the eyes of Him to whom we must give account.

The New Living Translation puts it like this: “Nothing in all creation is hidden from God. Everything is naked and exposed before his eyes, and he is the one to whom we are accountable.”

My dear sister, there is nothing that is hidden from God. God is all powerful and all mighty and His eyes see everything concerning His creation.

It is very crucial and important that we His daughters grasp this. We must live with an awareness that Our Father in Heaven is all seeing and all knowing. He sees and knows absolutely everything. Knowing this should remind us to weigh the choices we make before we make them, knowing that we will have to give account to Him. 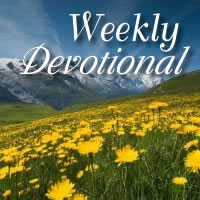 “Let us hear the conclusion of the whole matter:

Fear God and keep His commandments,
For this is man’s all."

The sum total of what God wants from us is to fear Him and keep His commandments. When we fear God, this will automatically result in us keeping His commandments and His Word.

The fear of God is when we stand in total awe and absolute reverence of our amazing Father, so much that we don’t do anything to dishonour or grief or displease Him. To fear God is to so honour Him that even if we are given a million pounds to do wrong, our utmost respect and love for him will not allow us to do so.